Me, background and interests.

Projects, academic and not.

I thought to share a map of Kyoto points of interest I created some time ago. It mostly contains locations of temples, but it also includes other places I found interesting to visit.

The map is dinamically linked from my google account, so whenever I’ll add more places, they will automatically appear on this post as well. I realise that, for an easier reading of the map, I should change the pin appearance depending on the type of location pinned on the map, but this is something I’ll try to do later, if I find some spare time.
END_OF_DOCUMENT_TOKEN_TO_BE_REPLACED

I have just discovered that there have been some issues in leaving comments which were, apparently, related to the fact that I was still using an outdated theme on the latest WordPress release. I’m not sure how long this problem has been around, my apologies for the trouble.

I’m temporarily using this new theme, and although I don’t particularly like it, it’s still better than a theme that doesn’t let people leave comments at all.
It’s still a bit messy, but it’ll do for now.

More configuration guides for the Raspberry Pi are on my to-do list since quite some time by now. I’ll put them up once I’ll be more free.

Connecting from the University network, I often incur into a very annoying issue, that of blocked ports. I have therefore decided to configure a personal VPN (Virtual Private Network) server where to connect to from university and have true freedom of access to whichever service I would need to use.
END_OF_DOCUMENT_TOKEN_TO_BE_REPLACED

Wireless configuration on Raspbian, and for my particular dongle – a Digicom USBWAVE54 – was pretty straight forward. It requires two steps:

END_OF_DOCUMENT_TOKEN_TO_BE_REPLACED 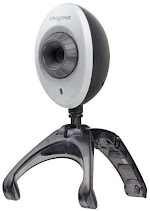 Now it’s time to make my old Creative Live! Cam Vista IM (VF0260) Webcam work on the RasPi, I also tried a new Logitech C270 HD Webcam and they both work flawlessly out of the box.
I have tried three softwares for the webcam, which I previously tested on my desktop machine running Fedora and I wanted to try them also on the Pi. These are:

Let’s now have a look at them.
END_OF_DOCUMENT_TOKEN_TO_BE_REPLACED

Now that the system is installed on the SD card and the ssh service has been configured properly, we’re going to take care of the system and firmware updates; few words have to be said about the system partitioning scheme.
The Raspbian installation consist of two partitions: the fat16 boot partition, that contains the firmware needed to the Pi to boot, and the ext4 system partition.
END_OF_DOCUMENT_TOKEN_TO_BE_REPLACED

By the time I received my RasPi, I didn’t have an usb keyboard yet, so my first concern was about how to use it without the keyboard from the very first boot. It wasn’t clear whether the ssh daemon would be active by default or not, and I’ve also got to know that for some distributions, or even among different updates of the same distribution, its default state changed over time.
I found out that in Raspbian, ssh is installed by default but it’s not configured to start up automatically since the first boot.
END_OF_DOCUMENT_TOKEN_TO_BE_REPLACED 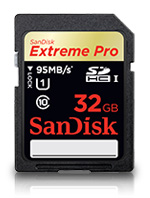 First step would of course be that to choose and install a linux distribution on the SD card.
I’m personally a RedHat/Fedora user since quite some time but I thought, for the RasPi, to give Debian a go. I decided to install Raspbian “wheezy”, an optimised version of Debian for the Raspberry Pi, and it comes with LXDE as default desktop environment, for those who care about it.
You can download the image from the RaspberryPi Downloads page.
END_OF_DOCUMENT_TOKEN_TO_BE_REPLACED 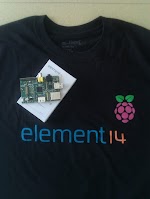 It’s been almost one month since I received my Raspberry Pi. I actually received two of them, both on day 18th of July, one from Farnell/Element14 via Royal Mail and the other one from RS Components via DHL, which I got for my friend Giuseppe. So far so good, the little RasPi is behaving very well, and I’m testing its stability keeping it up and running, checking cpu and memory usage.
I installed the system on a Sony 8GB SDHC Class 4 card, which I got along with my Sony HX9V camera, bought in Hong Kong a couple of years ago. I’m surprised by the speed of this sd card, achieving 17.4MB/s in read speed and 11.8MB/s in write speed, checked on the RasPi itself with a dd test.
As PSU I’m using my HTC Legend phone charger, rated 5V/1A, which is flawlessly powering it up, by now, for one good week already.
I plan to write some posts as I go developing stuff with it, hopefully and time permitting, so if you are interested, stay tuned : )