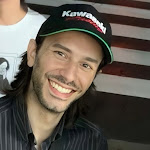 I am interested in learning about Japan, the Japanese language, culture, lifestyle and job opportunities. I am especially interested in doing academic and industrial research in Japan, mainly on Artificial Intelligence and Robotics.

I like drawing and I would also like to try painting, sculpting and hand-crafting in general.
Besides traditional visual fine art, I also enjoy digital drawing/painting/texturing using mainly The GIMP, Photoshop, and 3D modelling using Blender 3D with interest in the possible integration of 3D modelling with educational or gaming platforms. I tend to use free and open source software when possible, though, each tool is suitable for the particular task that it is needed for.

Last but not least, I am interested in photography and architecture, and I am an attentive observer of everything that surrounds me.
I would like to have time to travel and see places around the world. 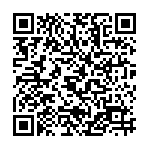 This work is licensed under a
Creative Commons
Attribution-Noncommercial-Share Alike 3.0
Unported License